Zeliha Berksoy, who started to work at the Ankara State Theater after her education in the theater department of the Ankara State Conservatory, studied at the “Schiller Theater” which is one of the most important theaters in Berlin and also educated in Brecht’s theatre of Berliner Ensemble. From 1975 to 2013, she worked as a professor at Theater Department of Mimar Sinan University State Conservatory. She established Turkey’s third funded theater which is the Bakırköy Municipality Theater and worked as General Art Director for five years. Until today, she has received many honor awards, including the IKSV, International Theater Festival Honorary Award, the Sabanci International Theater Festival Honor Award, and the Afife Jale Honor Award. She is currently the head of the Semiha Berksoy Opera Foundation.
Photo by: Ercan Akkaya 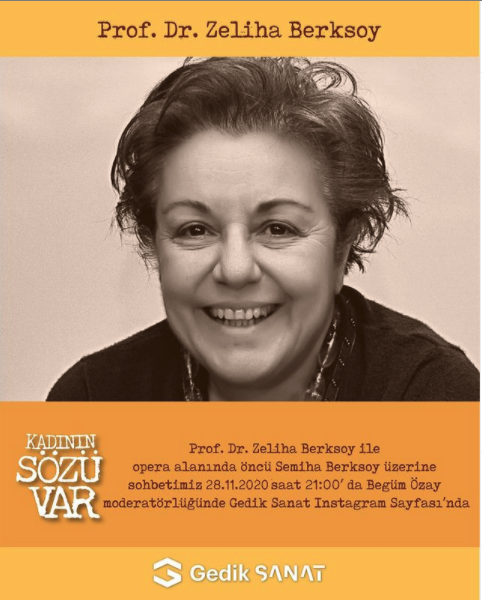