Iraz Yıldız, graduated from Bilkent University Music Preparatory High School in 2015, continued her education in Brussels Royal Conservatory in 2015-17. She studied at Codarts Rotterdam in the 2017-18 season and at the Ecole Normale de Musique in Paris in the 2018-2019 period. In 2007, she received the Honorable Mention Award at the 3rd Gavrilin Young Talents Competition held in Russia , and in 2009 she also received the Honorable Mention Award at the Young Virtuosi Competition held in Sofia. With the Vienna Radio Symphony Orchestra she played the China Rhapsody of Fazıl Say who called her “… An extraordinary talent breathing with music…”. In 2010, she gave many concerts within the scope of the “Fazıl Say and Friends” project. Yıldız, participated in the Bodrum D-Marin Turgut Reis 6th International Classical Music Festival, was invited to the International Music Festival held in Moscow in 2009. 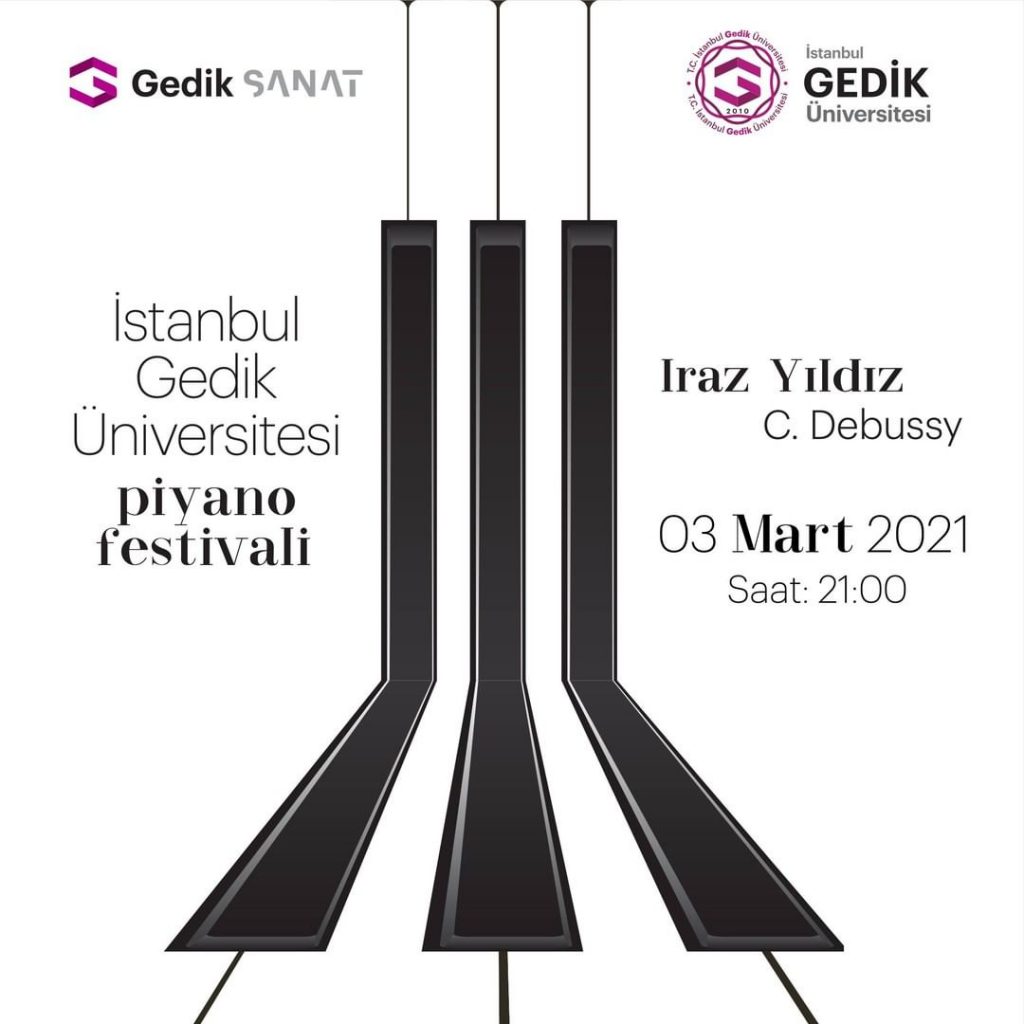