Emre Elivar, graduated from Ankara State Conservatory, completed his education at the Dresden and Berlin Music Academies with the German State Scholarship DAAD. He won three grand awards at the 1999 Bremen Piano Competition, a bronze medal at the 1999 Cidado do Porto competition, and the first prize in 2003 Vendôme-Prize competition. The artist, recorded the works of contemporary Turkish composers for TRT during his student years and also recorded for Radio Bremen and Deutschlandradio Berlin in Germany, has been teaching at Bursa Uludağ University State Conservatory as academic member since April 2019. 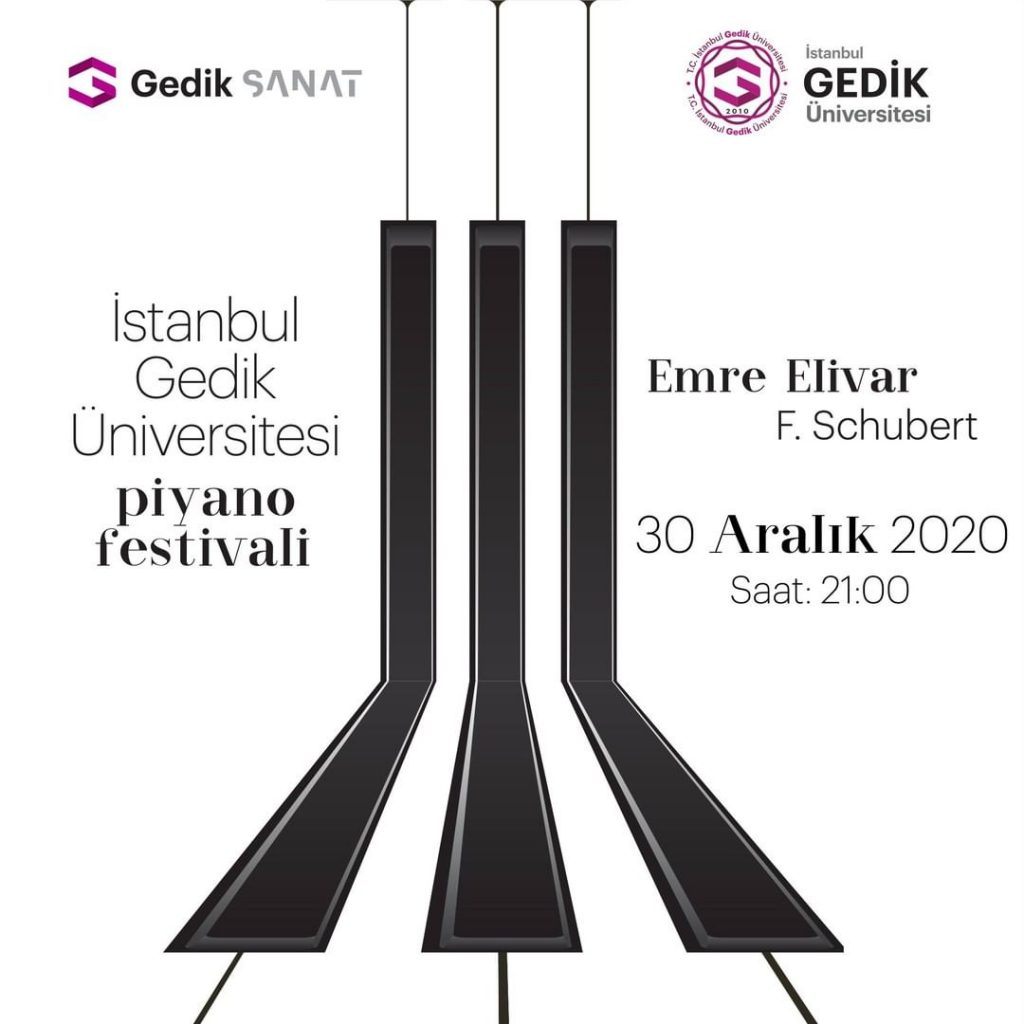