CinePsychology Film Readings, prepared by Tanju Akleman and Selçuk Çelik as part of the Workshop series, which he set off with Gedik Sanat’s motto “Unites, For Art”, will continue in February with the direction of Engin Eker and Feza Çaldıran.
The films, which will be examined during the workshop, will be presented critically by two experts, one in the cinema and the other in psychology, under the facilitation of Selçuk Çelik. The movie that will be the subject of the workshop in February will be Anders Thomas Jensen, Adam’s Apples (Adams AdamÆbler). The psychologist will focus on themes such as identity, violence, death, loss, mourning, anxiety, and present analyzes of personality patterns and relationship strategies from a criminal psychology perspective. The expert who runs the workshop in the field of cinema will hold discussions on the grounds ranging from cinematography to literature, anthropology to social policy. We are all waiting for you on the CinePsychology Film Readings journey. 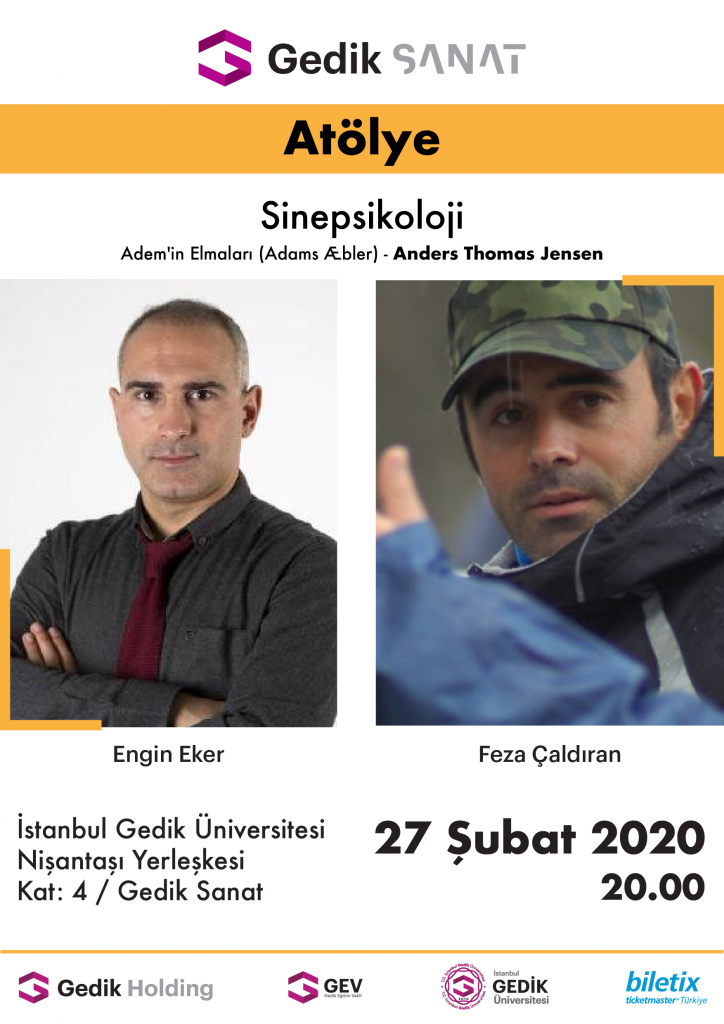