CinePsychology Film Readings, as part of the Workshop series, will continue in March with the direction of Timurtaş Onan and Görkem Aypar. The films, which will be examined during the workshop, will be presented critically by two experts, one in the cinema and the other in psychology. The movie that will be the subject of the workshop in March will be Lars Von Trier, Dogville. We are all waiting for you on the CinePsychology Film Readings journey. 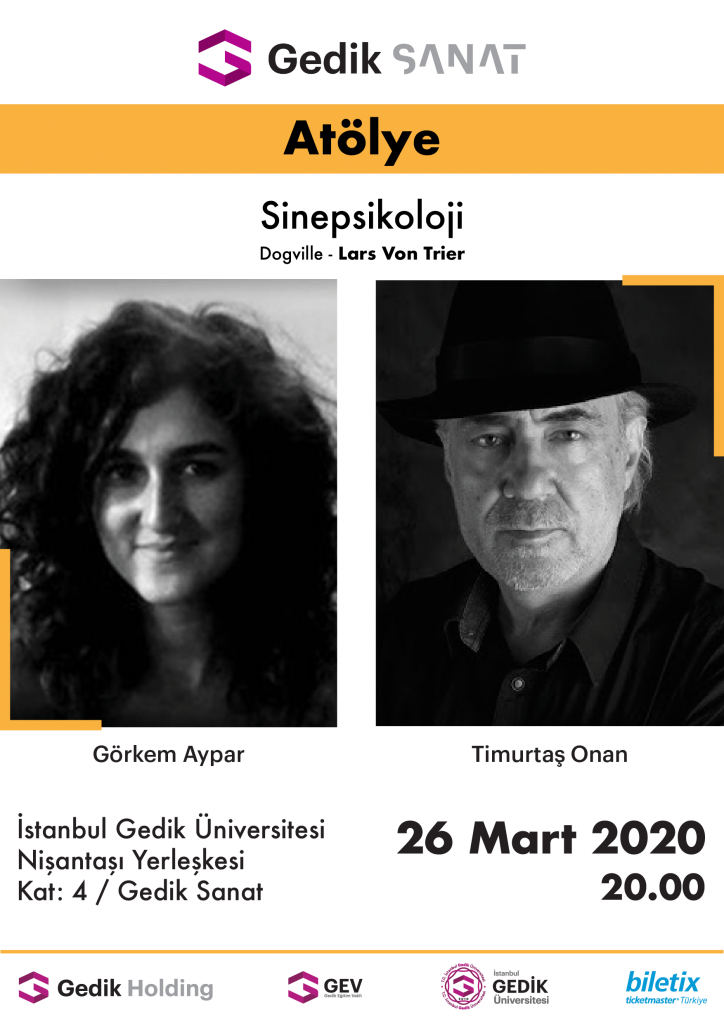